“Politicians are like diapers; they need to be changed often and for the same reason.” Mark Twain

Just like that, we’re into another Federal election. In my city, we will have had a civic, provincial and federal election within a 12 month period. I know a lot of my friends have become apathetic and disenchanted with our political system and it’s leaders. Everyone’s focusing on what’s bad about the other guy, rather than just telling us what’s good about themselves. A friend of mine has a theory that most people would vote “Green” if it was based solely on policies, but most people vote strategically. “Who has the best chance of beating the guys I hate the most?” It’s hard not to agree with the cynics, but I personally love election time.

First: it’s a relatively short period. Five weeks and its over. Not really enough time for voter fatigue to set in, not like the system our friends to the South employ. The 2012 Presidential election is still almost 2 years away, and there is already rumblings about who will run. Tim Pawlenty, the former governor of Minnesota announced that he is launching an exploratory committee into the feasibility of him running for President. He’s not even running yet, he’s just announcing to everybody that he’s checking out his options. That’s like me announcing in the morning that I kind of feel like an Arby’s Beef and Cheddar for lunch. There’s a slim chance I’ll actually eat one, but I want everyone to know that I’m thinking about one of those delicious sandwiches made up of an onion bun, lean shaved roast beef, Arby’s Sauce, and velvety cheese sauce…..where was I?

Oh yeah, elections. The second thing I like about them is that the politicians are out there crisscrossing the country, (or in Duceppe’s case, La Belle Province) and that anything can happen. Politicians veer from scripts, unexpected protests can erupt and rhetoric escalates. It doesn’t really matter that on May 2 the results will more than likely be the same: A minority Conservative government, with a strong showing (but not strong enough) from Liberals, NDPers and the Bloc. Who knows? Maybe even Lizzie May and the Greens may snag a seat.

I'm glad there's a "Vote Green" sign in the background. Easier to identify.

This brings me to this week’s topic. The Vote Compass. This thing started innocently enough. The CBC hired a couple of poly-sci profs to come up with a survey that asks your opinion on a number of topics relevant to Canadians. Representatives from each major party “answer” the questions based on their platforms and past practices. The idea is that you can take the survey and see which party most closely aligns itself with you. It’s billed as a “voter’s tool” for those who may not know how they want to vote. “See where you stand on the issues” encourages Peter Mansbridge. You can see if you’re a soulless Tory, a wishy-washy Liberal, a treehugging Greeny, a commie rat NDPer or a treasonous BLOCer, I suppose.

"Let's fuck this country up good!"

I took the compass survey, answered the questions as truthfully as I could, without trying to “guess” what the survey wanted, and was surprised to find myself aligned most closely with the Green Party. “Oh great”, I thought. “I’m most similar to a party even LESS likely to form a government than the NDP, my default party on all things political.” I wondered which questions turned me towards the Greens. I DID say that the environment was important to me, but isn’t that a no brainer? Who would actually say “I care not for mountains, trees, air and water? These things do not interest me.” I thought all the rest of my answers were pretty left leaning, and I said Jack Layton was the most trustworthy leader. Delusional perhaps, but trustworthy in my eyes.

Then there was a bit of a kerfuffle with the Vote Compass. Kathy Brock of Queen’s University claimed that it had a Liberal bias, and of course this became headline news for our local rag “The Winnipeg Sun”. Turns out the professor answered all the questions “somewhat agree” and it dubbed her Liberal. She went back and chose “somewhat disagree” and guess what? Liberal again. CBC fought back in defence of the Vote Compass to say that there is a balance of left and right leaning questions, so if you were to answer everything the same, then you’d come out in the middle. Right smack dab where the Liberal party falls. Welcome to Liberalville, Kathy!

"Does this boa make me look phat?"

The next thing was that it was discovered that one of the professors who designed the Vote Compass was previously employed by Michael Ignatieff, the leader of the Liberal Party. Now we’re getting into Manchurian Candidate style territory. Or are we? Upon closer inspection, maybe not. Peter Loewen, the “director of analytics” for Vote Compass, volunteered for Ignatieff in 2006 and wrote a couple of policy papers for his leadership bid. I guess they weren’t winners, because Ignatieff eventually lost out to Stephan Dion that year. Loewen also told reporters that he’s fundraised for Stephen Harper in the past. He doesn’t sound all that partisan after all. I remember I had a poly-sci prof at the U of W who was also a speech-writer for the down defunct Reform Party. Defunct. What a great word. Say it with me. DEFUNCT. I bet Miranda Hart would appreciate this word. Actually I have nothing to say about that Reform Party speech writer, I just wanted to say defunct. 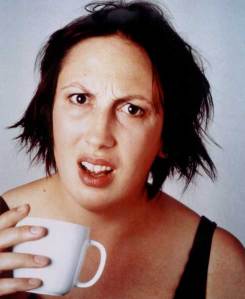 "A moist plinth? No, I'm on the cusp of a defunct thrust."

A quick survey of staff at my library revealed that everyone turned up Liberal, so maybe there is something to this bias talk after all.

If you haven’t taken the survey yet, why not? Let me know in the comments how you fared. 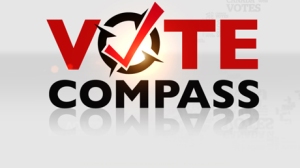 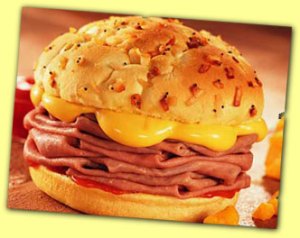 You know you want me.